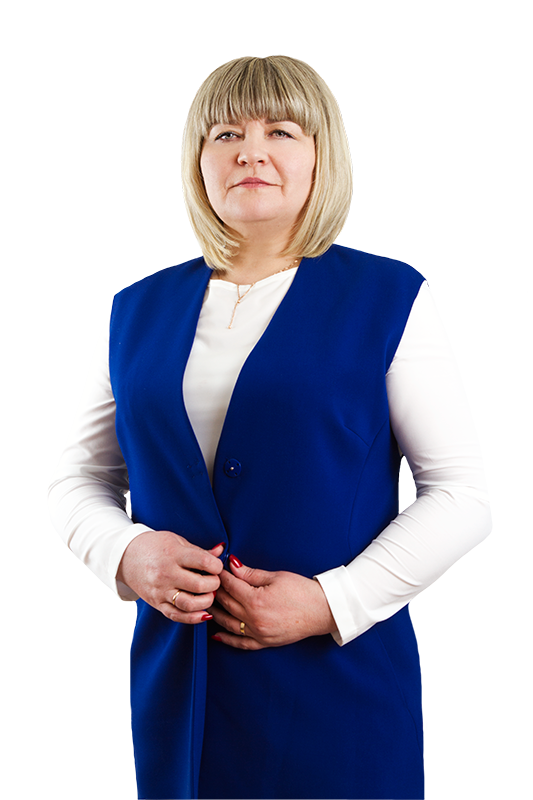 secondary vocational education, a degree in Economics, Accounting and Auditing (1997); Academy of Labour and Social Relations (Moscow), a degree in Accounting, Auditing and Analysis (2004).

Since 1984, she worked as a crane operator in the calibration shop of Nadezhdinsky Metallurgical Plant.

Since 1994, she worked as an accountant and head of the taxation office.

Since July 2014, she was deputy chief accountant for accounting methodology.

Since May 2017, she has been working as Chief Accountant.